Product - has been successfully added to your cart.
Checkout Now X

Project AIR was founded by a group of friends in 2007, who had all started learning different martial arts and were keen to hang out together and try learn some of the related 'tricks'. Upon discovering the relatively new sport formed just for this, called 'tricking', the friends teamed up for regular practice sessions & events.

After meeting up with some of the other NZ trickers at the inaugural NZTG07, the team became active on nztricker.com and went through a phase of expansion - resulting in many new and several more experienced trickers joining the team for regular practice at Aberdeen School hall, using the local karate clubs mats.

In 2009, Project AIR teamed up with the karate club to open up a new martial arts dojo - offering more training times and a permanent facility to operate out of. At the same time, the tricking group were becoming more developed and begun performing locally at festivals. Members begun travelling further and attending more of the national gatherings (NZTG), and some made the trip across to Sydney for the Australian Tricking Gathering (ATG).

Unfortunately, 2011-2012 saw a disolution of the original tricking team. Relocation and reprioritisation of other interests meant the local scene was severally reduced.

However, all was not lost - a reunion of three of the founding members in 2013 saw the start of a 'Project AIR revival'. After partnering with CORE MMA the team invested into some leading edge training equipment - acquiring the very first 'Air Trick' in New Zealand. Slowly building the Hamilton community back up from scratch, Project AIR committed to developing the first dedicated Tricking & Free-Running Academy in the Waikato region. 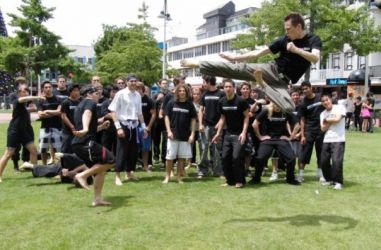 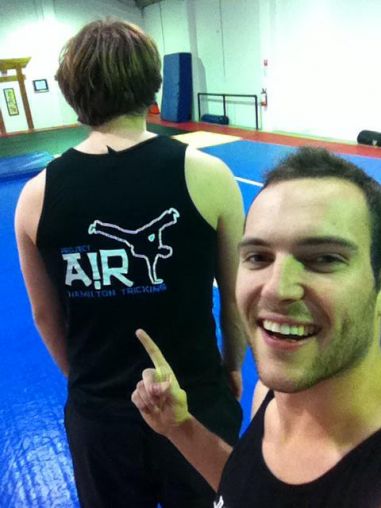