Dylan has been Gtramping since 2017 - progressing very quickly, he became an assistant coach for the Trampoline Tricks class at Leap Trampoline Park.

Dylan’s specialities when it comes to Gtramping include aerial awareness with twisting and landing tricks to his stomach.
Dylan has recently been added to the Project AIR coaching team to teach Gtramping as an additional discipline to the Kids Tricking classes on Monday’s 6pm. 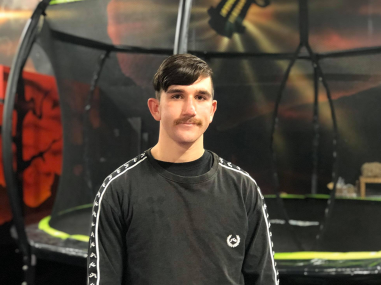